The island of Borneo is three times the size of the UK and was once covered coast to coast by tropical forests, from mangrove swamps to montane forest, with huge swathes of lowland rainforest and peat swamp forest in between, along with smaller patches of freshwater swamps and limestone forest scattered here and there.

Home to orang-utans, clouded leopards, hornbills, and countless other species, as well as 50 indigenous ethnic groups and 140 languages, the island was, and still is, home to one of the most biodiverse and complex ecosystems and cultural centres on earth. Borneo, the world’s third largest island, accounts for just 1% of the world’s land yet holds approximately 6% of global biodiversity. This incredible wilderness should be as internationally renowned and defended as the Amazon rainforest or the Great Barrier Reef. 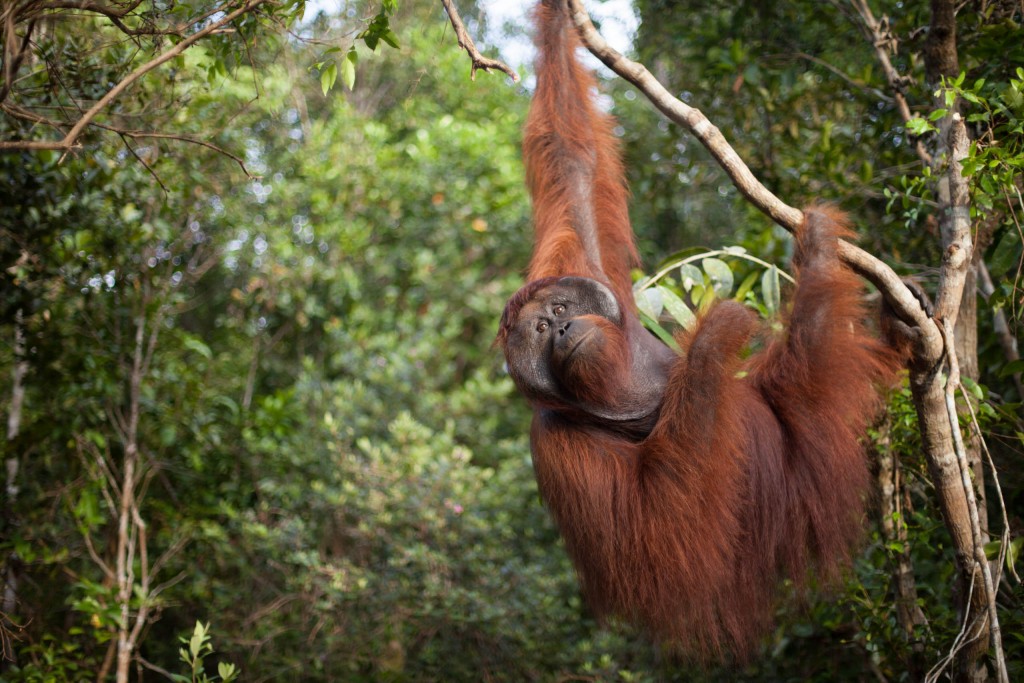 Tragically, however, exploitation of these forests and the land and resources underneath them became rampant from the 1980s onwards, and today over half of the original forest is gone, and only a quarter remains intact, the other quarter being degraded and fragmented.

What remains is still vast (it represents the third largest rainforest on earth), though vulnerable, and yet vital for the health and well-being of biodiversity, local people, and the global climate, making it an international conservation priority.

The three Borneo nations – Indonesia, Malaysia, and Brunei – have a small window of opportunity to protect what remains before it is too late, and there are encouraging signs that this opportunity may be realised. One such sign was the creation of the tri-lateral Heart of Borneo Initiative in 2007, which committed the three nations to sustainably manage a large area of mostly upland and montane rainforest in the centre of the island, to conserve the biodiversity of the Heart of Borneo for the benefit of the people who rely on it.

The Heart of Borneo Initiative boundary doesn’t include all of the rainforest that makes up the Heart of Borneo, nor does it seek to protect everything that falls inside it. It is not a national park, and the stated goal is sustainable management, not conservation. At the moment this means that mining, logging, and industrial agriculture such as oil palm development are still very much permitted within the Heart of Borneo.

The WWF is one of the lead NGOs involved in the HoB Initiative, and have produced a series of very useful reports on the state of the HoB environment.  you can visit their website here for more information.

Beyond Conservation, the charity partner of the 2015 Borneo RAVE, is leading and collaborating on many Heart of Borneo related projects, both on the ground and in the cloud, for example: conducting biodiversity research and community programs, producing educational and awareness raising materials, and developing and maintaining the Heart of Borneo Project website. The 2015 Borneo RAVE is one such project.