What: To assess the physiological, psychological and social impact of Western diet and lifestyle on the indigenous Amerindian population.

Our team investigated whether the Guyanese Amerindian people who have moved from the Interior (Guyana’s large jungle region) to the coastal cities were at greater health risk than Amerindians who still resided in the interior.

To do this we spent a month visiting a series of Amerindian villages looking at various risk factors including: blood pressure, BMI, hip-waist ratio, peak flow and using psychological screening and questionnaires, all designed to help us assess western diet and lifestyle impact. 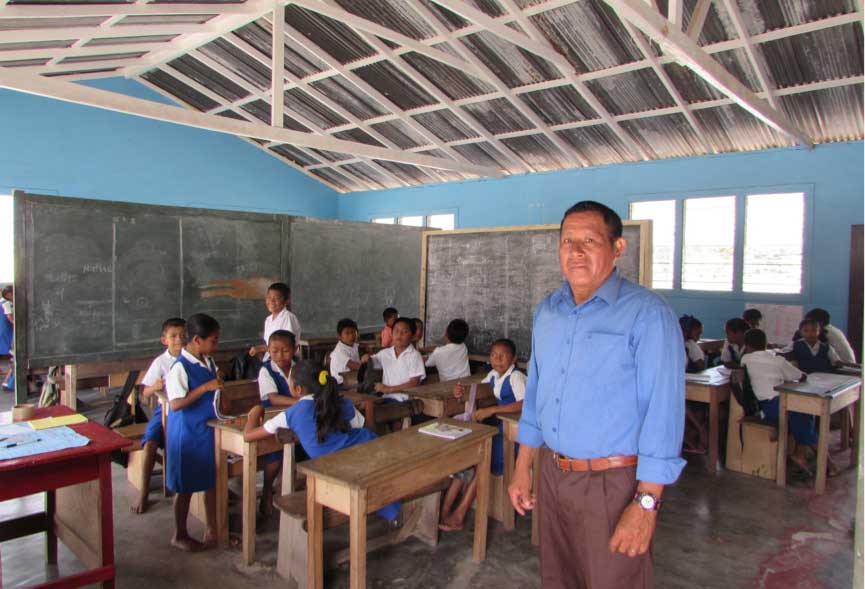 The classroom at Rewa.

Multiple Indigenous populations such as American Indian, Alaska Natives, Native Hawaiians and Other Pacific Islanders, have been shown to have a higher risk of developing Non-Communicable Diseases (NCD’s) after having been exposed to a westernised diet and lifestyle. These NCD’s include diabetes, metabolic syndrome, hypertension, cardiovascular disease, and respiratory disorders. We decided to measure hypertension, peak flow, BMI and hip-waist ratio, which are all risk factors for many of the above diseases.

Relatively simple procedural techniques were used due to the difficulty posed by reproducibility in a jungle based setting, as well as being consciously aware that more invasive investigations could result in psychological and social damage in communities less familiar with more invasive research techniques. There is a large population of Amerindians in the cities and suburban communities that lie along the coast in Guyana, as well as increase in ‘eco-tourism’, logging and mining, with large numbers of non-Amerindian people travelling into the Interior, thus increasing the exposure of Amerindian people to Western diets and lifestyles. Assessing the population risk would allow policy makers to act in the best interest of the Amerindian community. 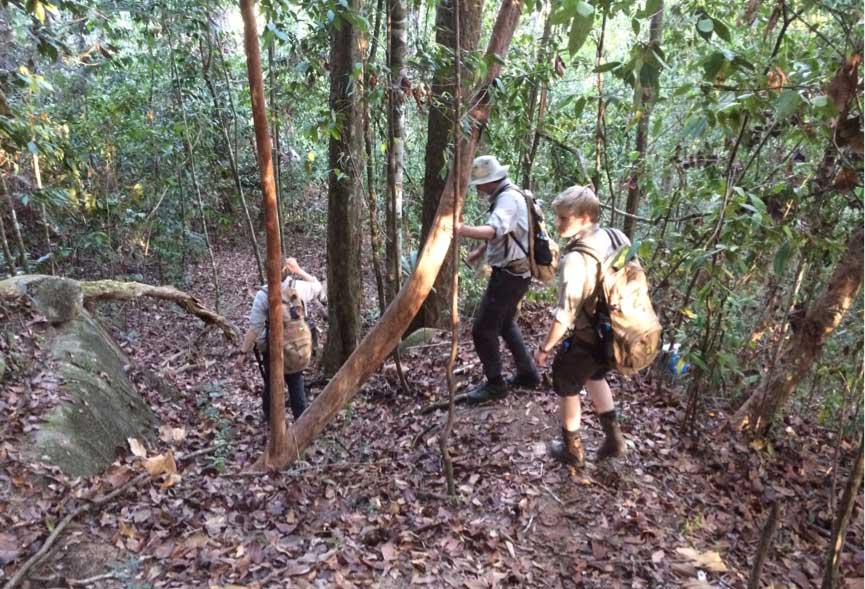 2) To compare understanding and attitudes of factors known to influence obesity in women between 18-50 years in three separate groups: Amerindian women and Guyanese women in and around Georgetown and Amerindian women residing in the interior of Guyana, as well as views of women of the same age in Great Britain. Research objectives for this aim where to obtain information of the following key areas: 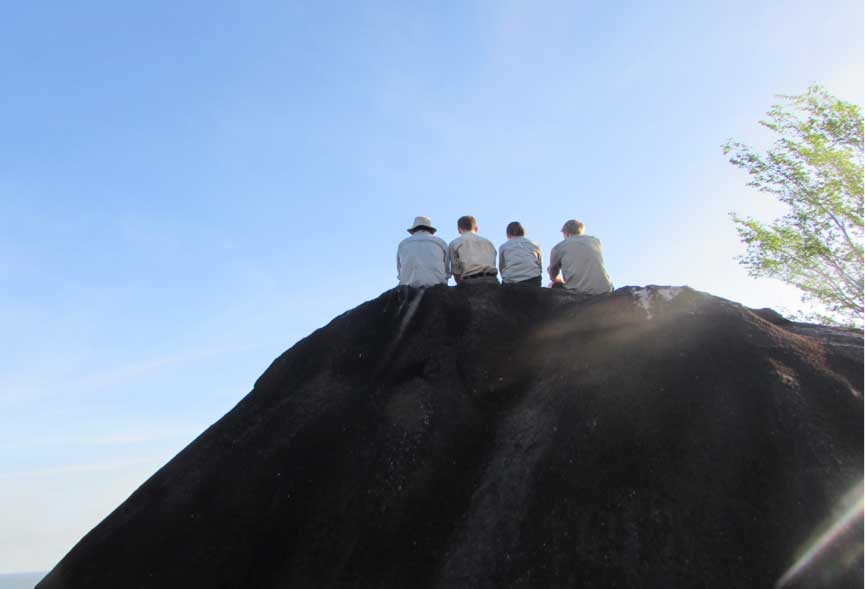 The team take in the view.

Other indigenous communities have already been identified as being at risk, often when they have already been fully integrated into Western society. This has not only led to some people rejecting their culture, but also to people who are at an already increased risk of susceptibility but who are unaware and uneducated on the health risks, exposing themselves further to high fat and high sugar diets. This is a trend that has been seen multiple times around the world. Guyana is at an economic tipping point in that eco tourism is one of its most expanding sectors. This will inevitably lead to increased exposure to more Western lifestyle and diet. This is why we feel we need to take steps now to either assess the baseline, or to quantify the damage already done. 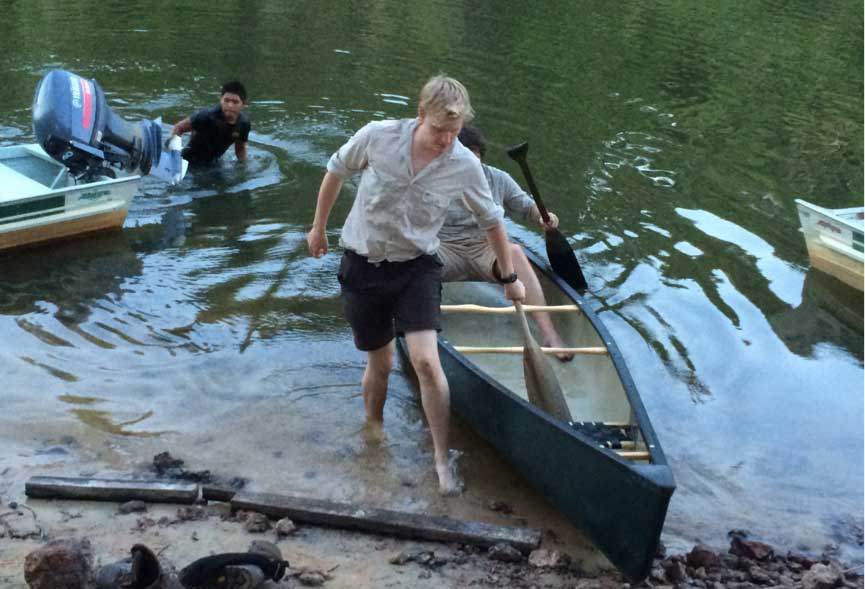 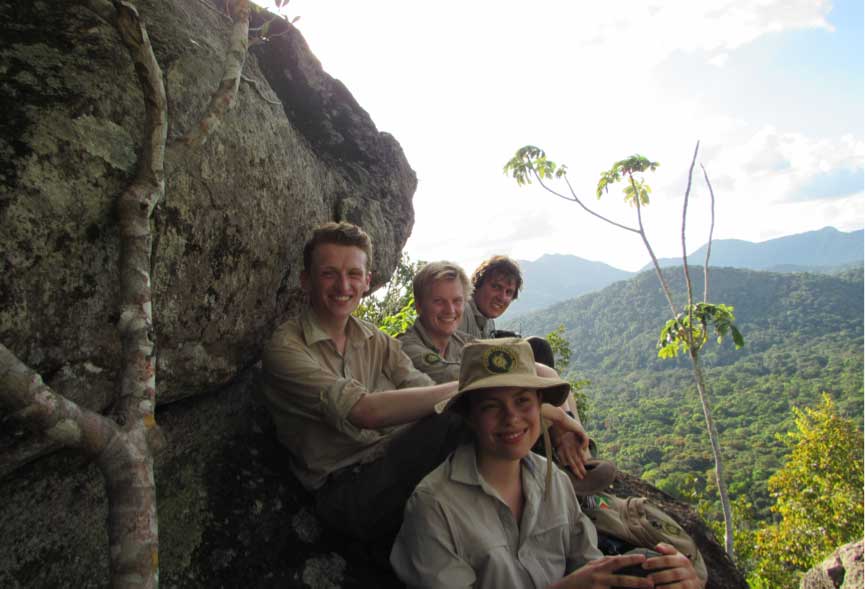 A sweaty team at the top of the mountain. 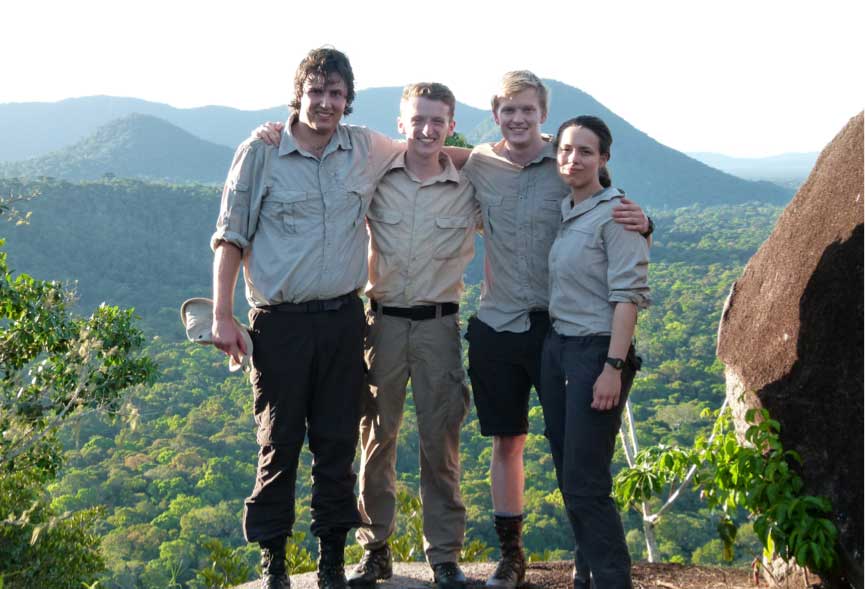 The team in front of a beautiful jungle backdrop. 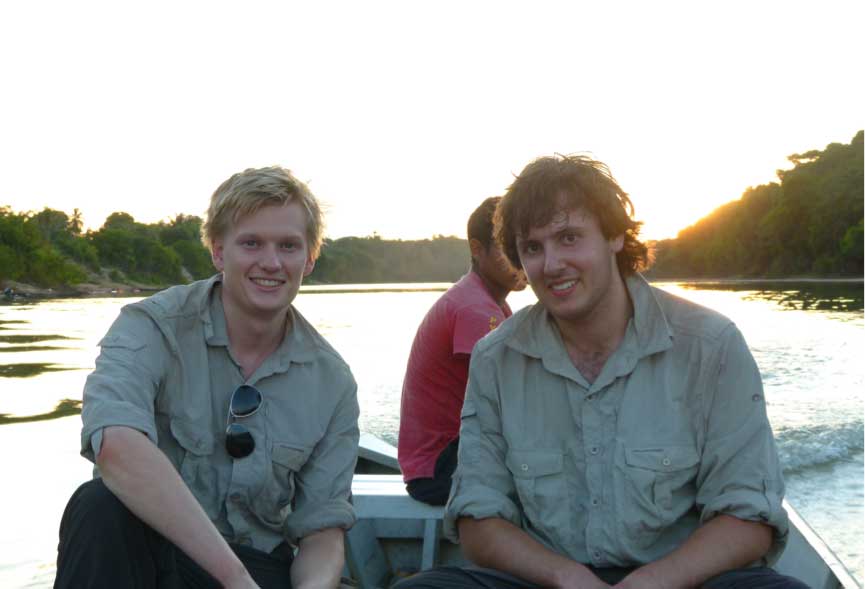 John and Will on the river near Rewa at sunset. 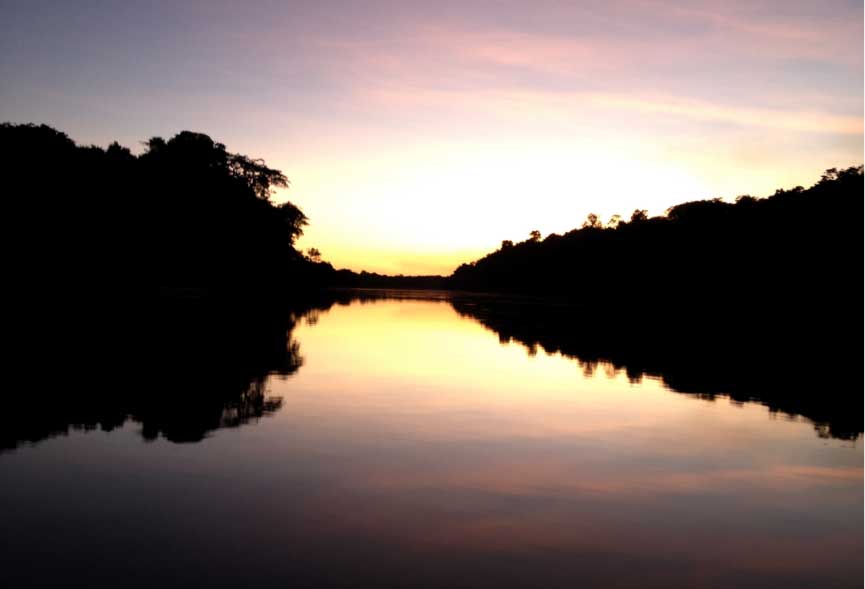 An amazing sunset at Rewa.

CONNECT WITH THIS EXPEDITION…